The California Routine was written by Frankie Manning, Lindy Hop's greatest dancer and innovator. Frankie wrote it in 1941 for a movie called Hellzapoppin'. It was part of a larger sequence which started out with individual couples showing off their moves at the beginning. After the couples do their thing, they all join together in ensemble dancing, and that part is known as the California Routine.
Hellzapoppin' runs at breakneck speed however, with many death-defying aerials, so the California Routine has been simplified meaning you don't need to be Frankie Manning to be able to do it! 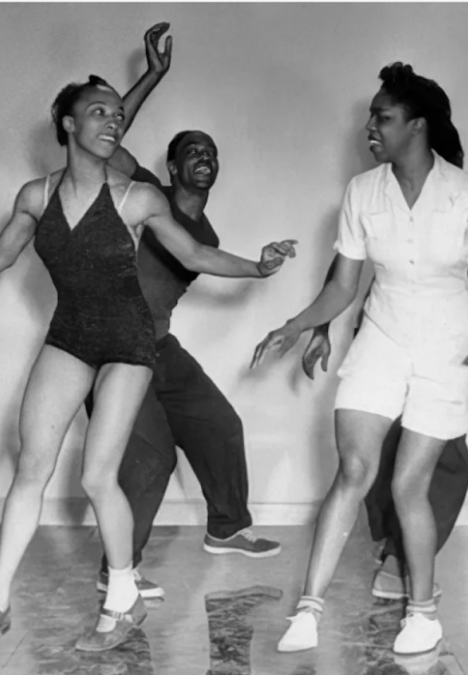 You’ve mastered the basic charleston, triple steps, groove walks, kick steps on basic patterns like send-out, tuck-turn, change places, circle, and know the difference between dancing in a 6 and an 8 count. You are hungry for more. 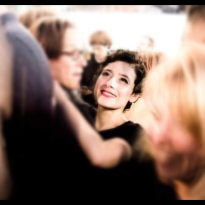 Elena was born in Sicily and theatre was her first love. Although convinced that she couldn’t dance, a year after she moved to Brussels, in 2011, she registered with the Apollo Swing School for Lindy Hop classes. She was immediately hooked and a few months after her first class, she was already participating in international lindy hop, jazz solo, Charleston and blues workshops. She is aware that she still has a lot to learn about jazz and swing history and culture, of which she considers herself to be an attentive observer. In her classes, she aims at sharing her passion and help make everyone feel confident and happy while dancing. Jazz, swing and blues express values she strongly believes in, such as authenticity, freedom and a sense of community. As Elena explains, theatre was the place where she started looking for herself, and Brussels is the city where she can travel through various cultures and get inspired by them. “Jazz is an endless journey which started from my ears, infiltrated my body before reaching my soul.”
Details

How to get there